When it comes to being a wedding guest, there are certain unwritten rules about proper wedding etiquette, including wedding guest attire.

Unless the couple has a specific dress code, there are some colors that should be avoided at all costs. It doesn’t matter how well you know the bride, or how big your ego is, wedding guests should dress appropriately for the occasion, without upstaging the bride (or groom).

Avoid wearing these colors as a wedding guest:

It goes without saying that white is the most popular choice of color when it comes to choosing the perfect wedding dress. However, wearing white wedding attire as a guest is considered a big faux pas when it comes to dressing up for someone else’s wedding. You wouldn’t want to upstage the bride, or even worse, be mistaken for the bride. Save the pretty white summer dress for another day.

The second most popular wedding dress color is ivory, which means that this color and all other versions of “off white” are considered a big no-no when it comes to wedding guest attire. Whether it’s off-white, light beige, creamy vanilla, or actually ivory, avoid wearing these colors as a wedding guest.

As of late, champagne wedding dresses (and bridesmaid dresses) have been trending in the wedding scene and are quickly becoming statement dresses among fashion-forward brides. If you know the bride will be wearing a non-traditional wedding dress color such as champagne, avoid wearing something similar.

Gold is another one of those fashion-forward wedding dress colors that modern brides are wearing nowadays. Unless you’re attending a New Year’s Eve wedding party, avoid wearing metallics, or anything too sparkly, that would make you the center of attention, rather than the bride.

Pastels are perfect for spring weddings, and a popular choice for bridesmaid dresses. Some extra light pastels, however, may be considered too light to wear to a wedding, especially if you’re going to be in a majority of the photographs with the bride. Avoid super light pastel hues that could be misconstrued as a wedding dress.

Speaking of bridesmaids, dressing like one is also considered a wedding faux pas when it comes to wedding guest attire. If you know ahead of time which colors the bridesmaids are wearing, avoid wearing something similar. If you’re unsure of the wedding colors, the wedding invitations is usually a good clue as to what the wedding’s color palette will be.

It is considered taboo to wear certain colors to some cultural and religious wedding ceremonies. As a wedding guest attending a Chinese or Hindu wedding, avoid wearing these particuluar colors:

While Hindu brides generally don colorful attire for their wedding day, it is considered taboo to wear black to a Hindu wedding, similiar to wearing white to a wedding. It’s never a good idea.

Most Chinese brides wear red to their wedding, as it symbolizes luck, happiness, and prosperity. If you’re attending a Chinese wedding, avoid wearing red, as to not upstage the bride. 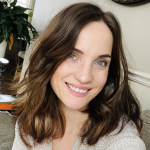